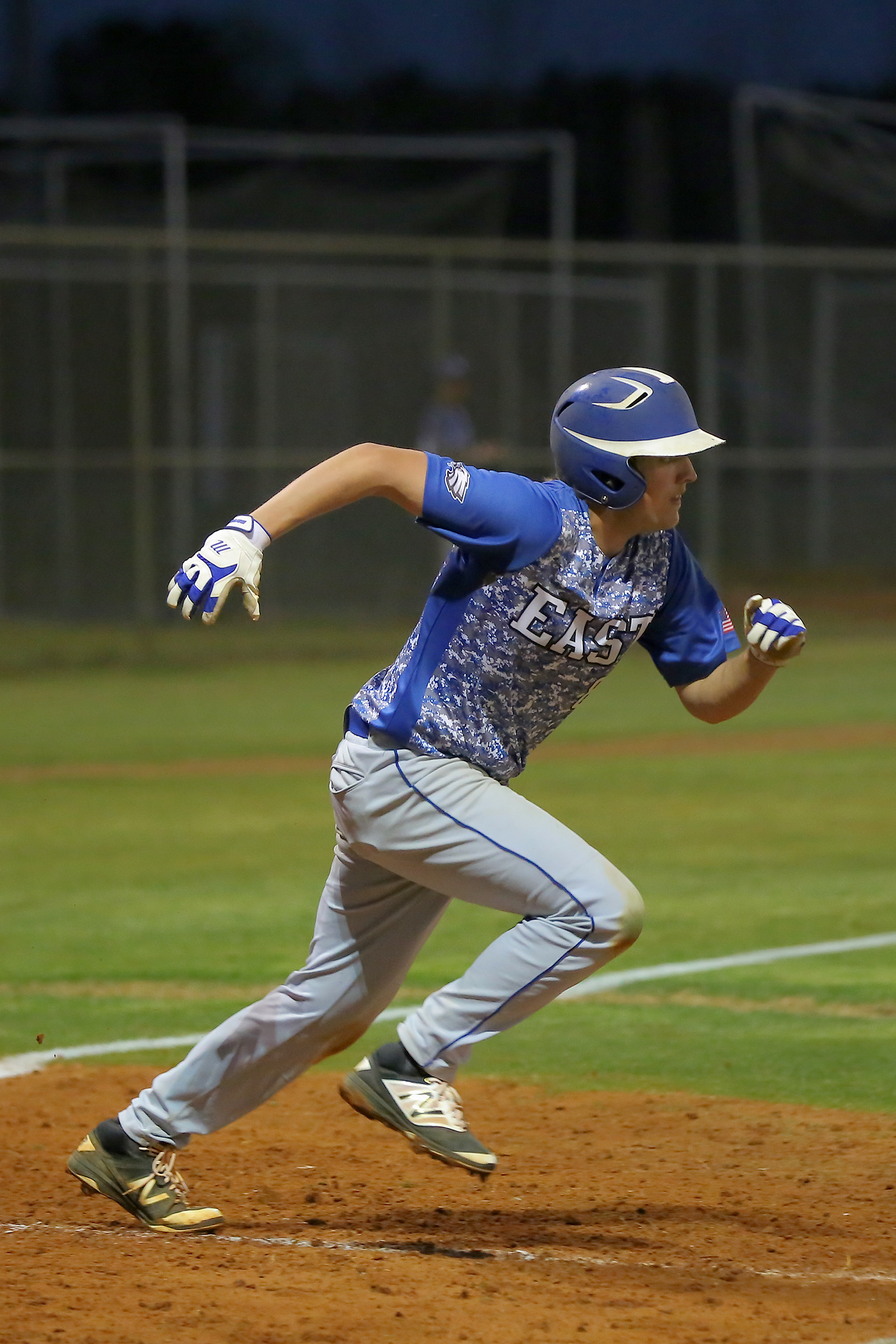 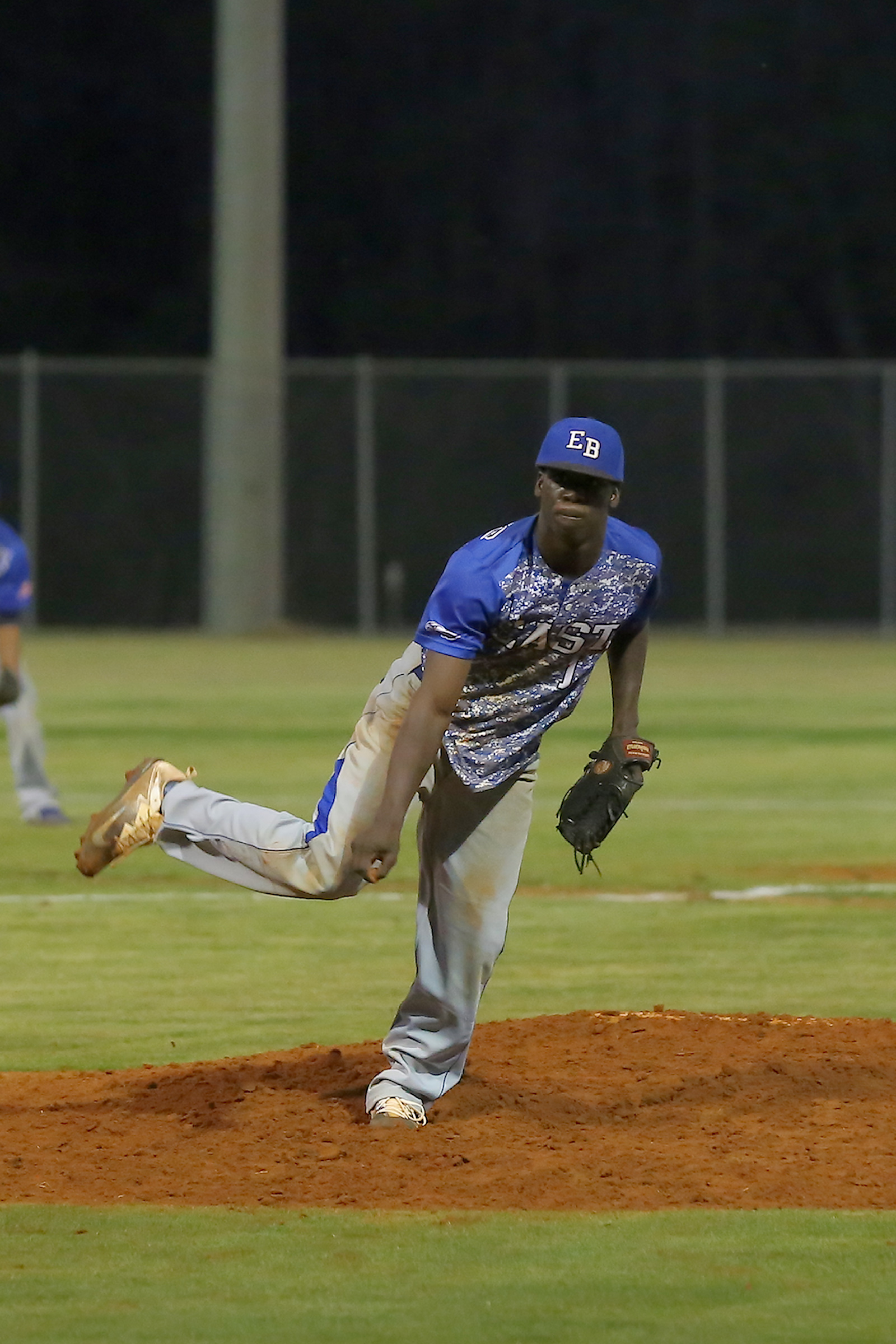 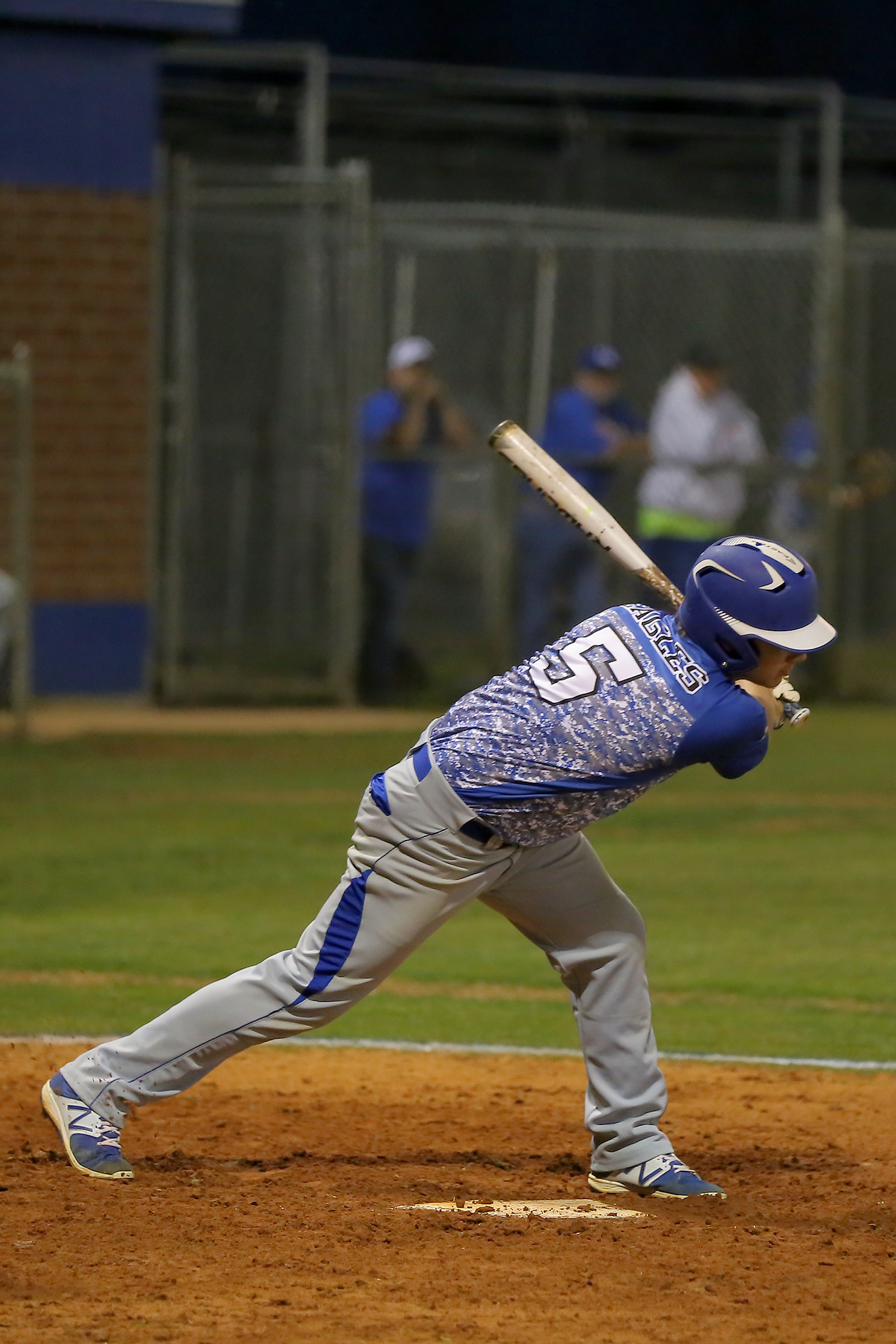 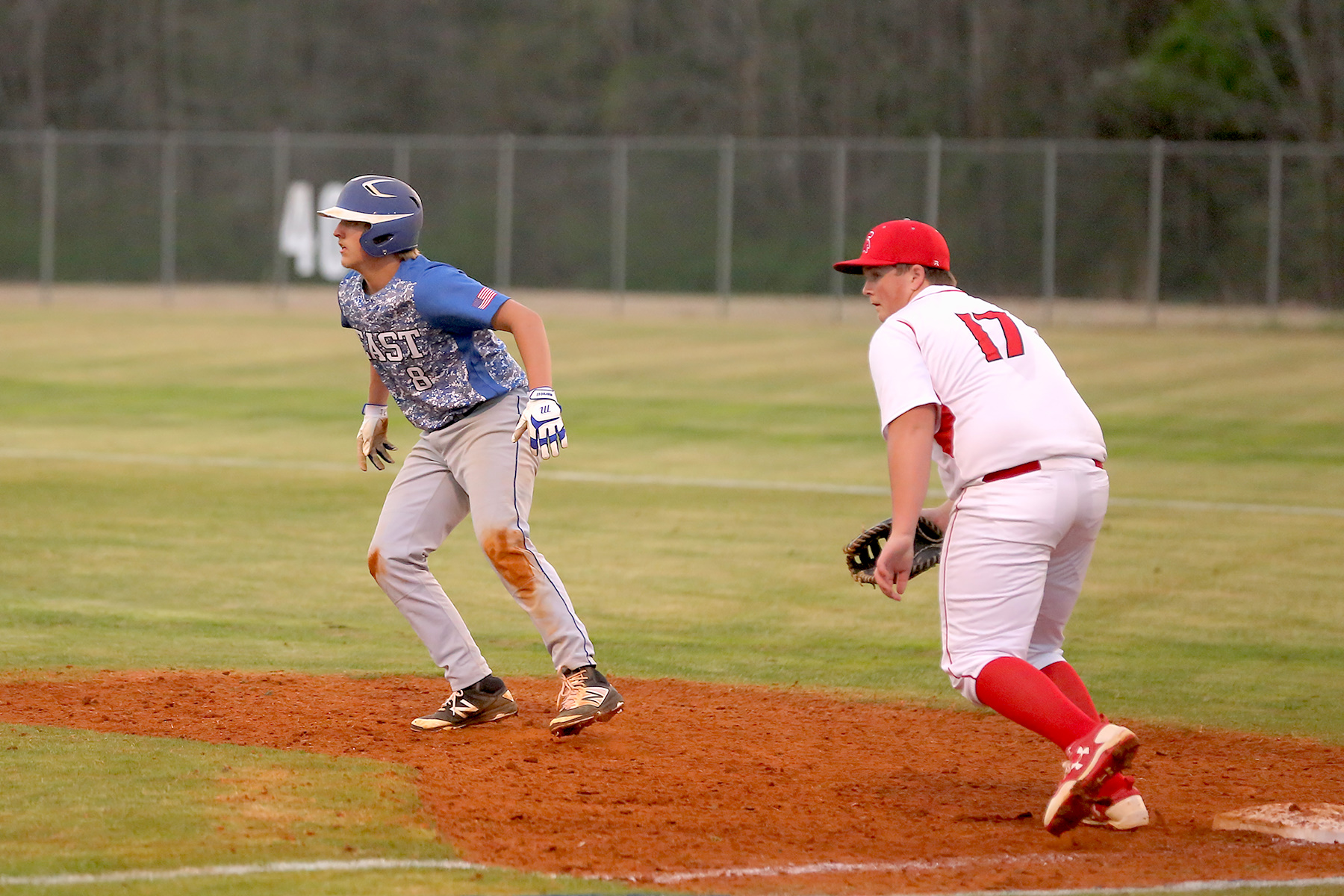 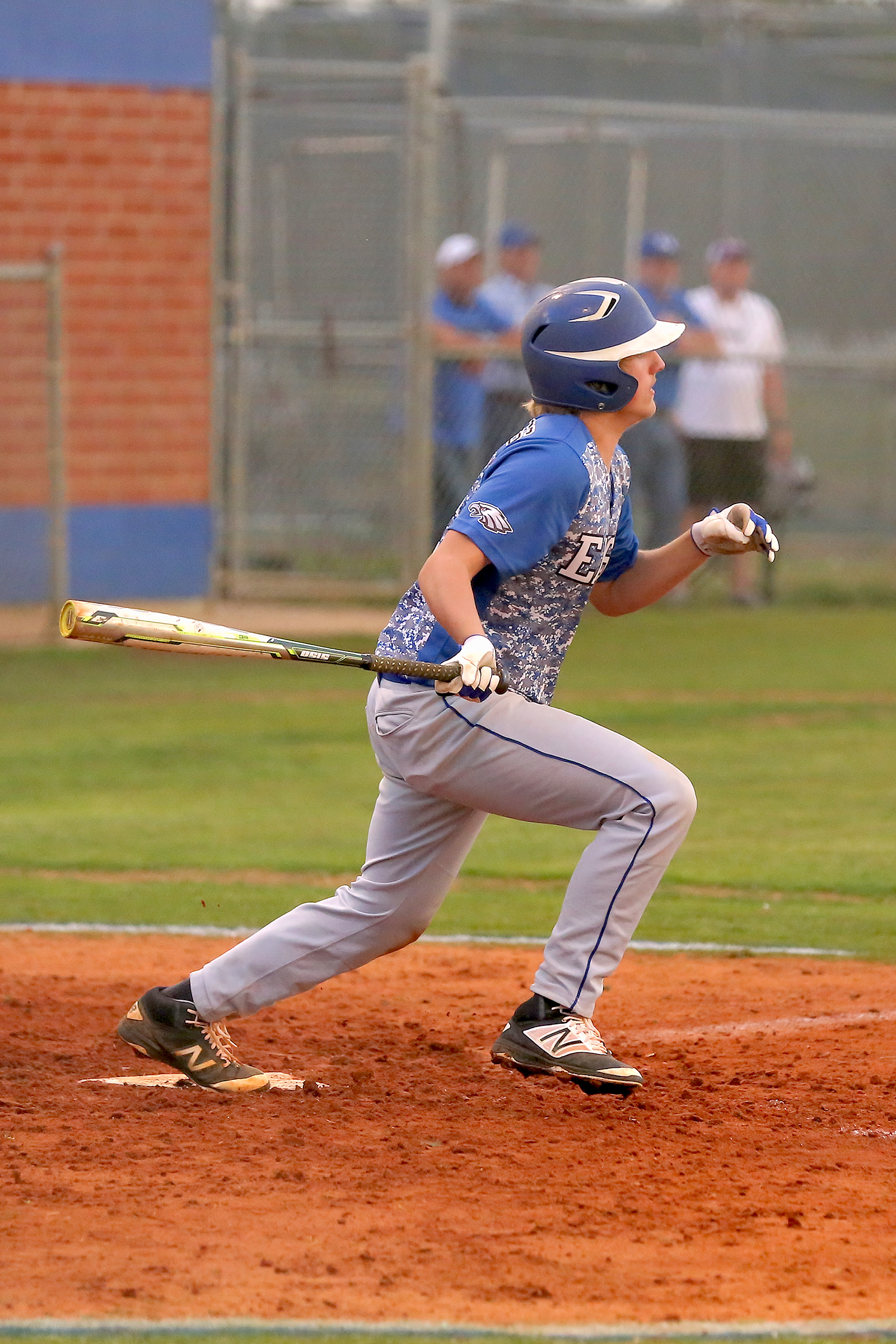 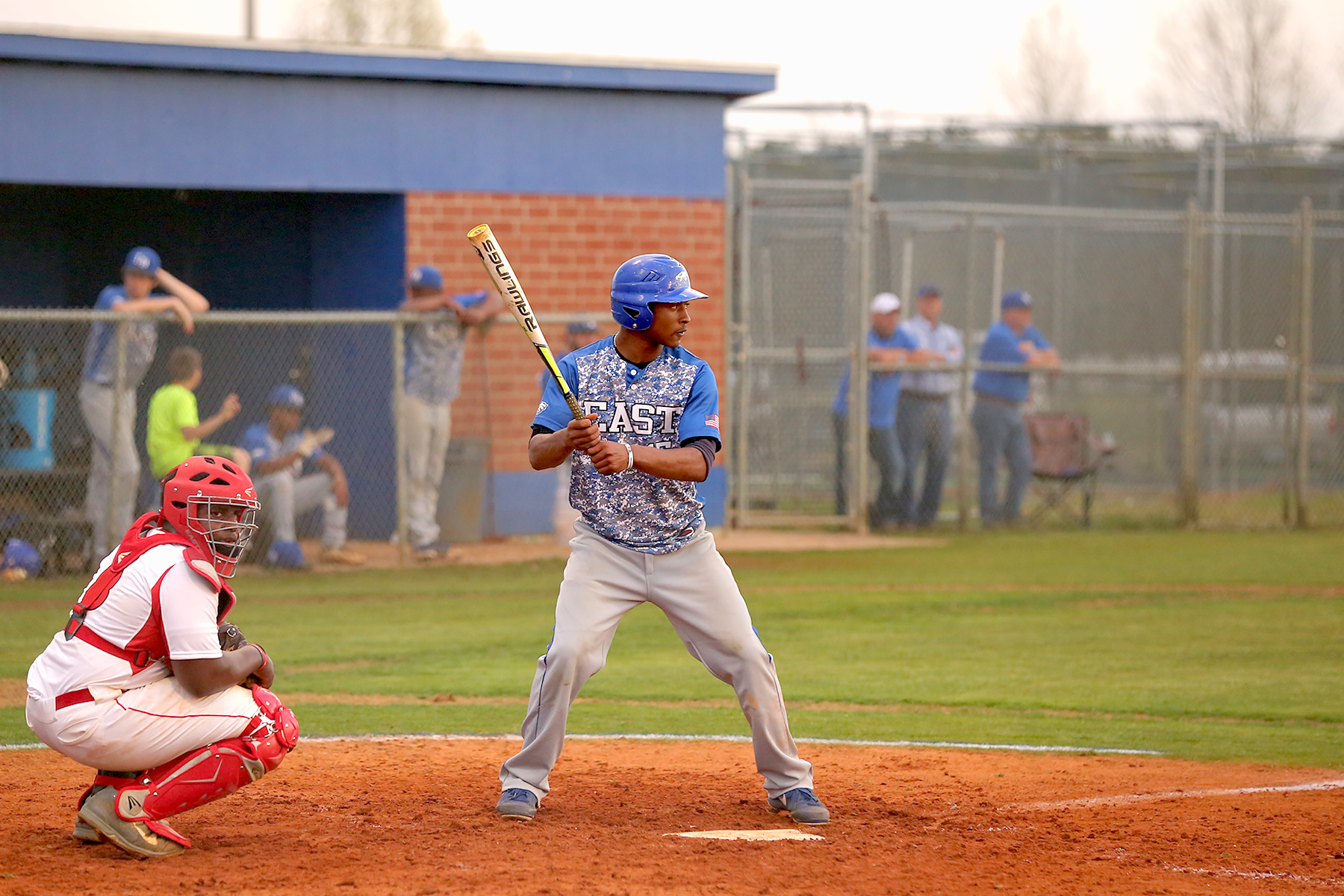 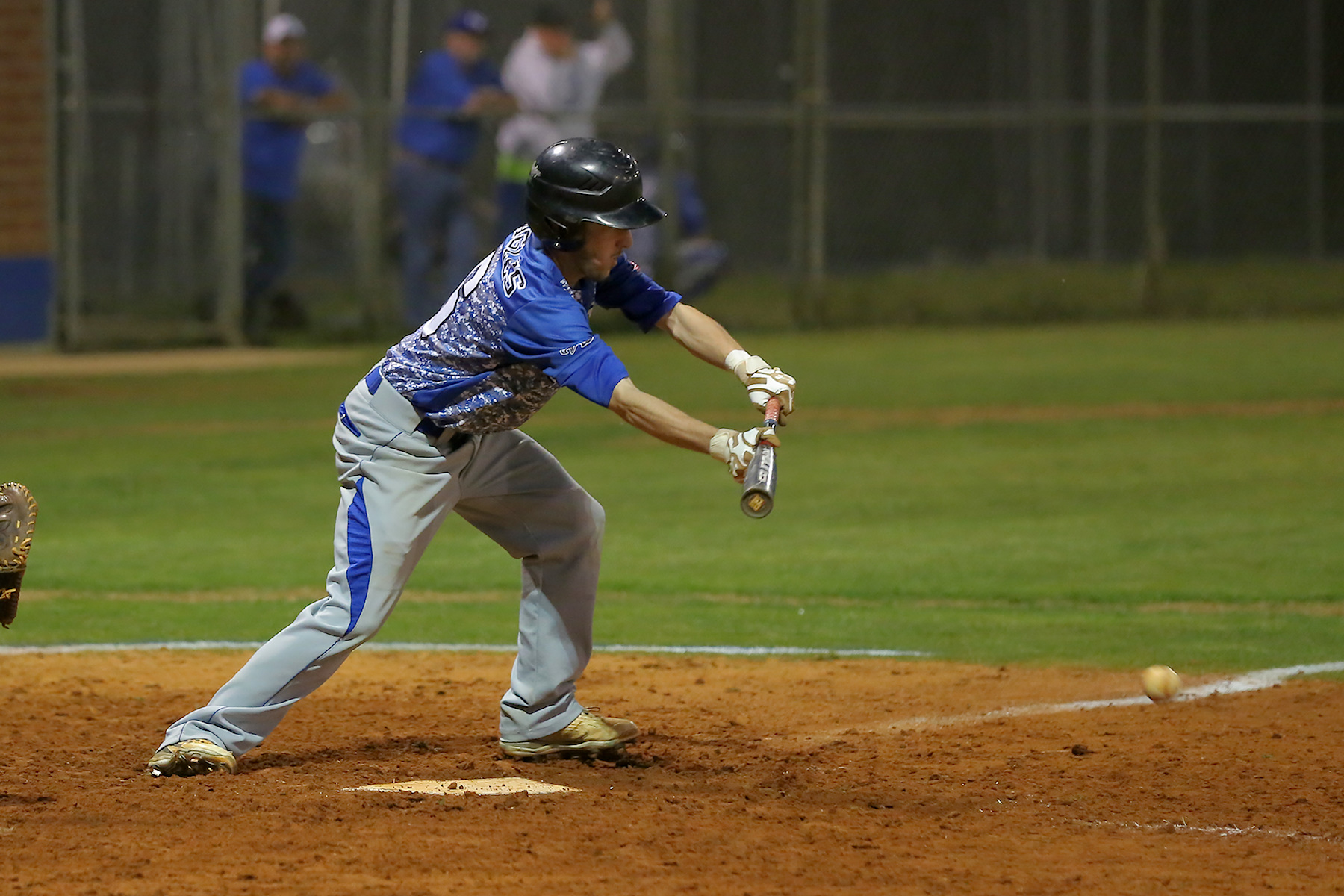 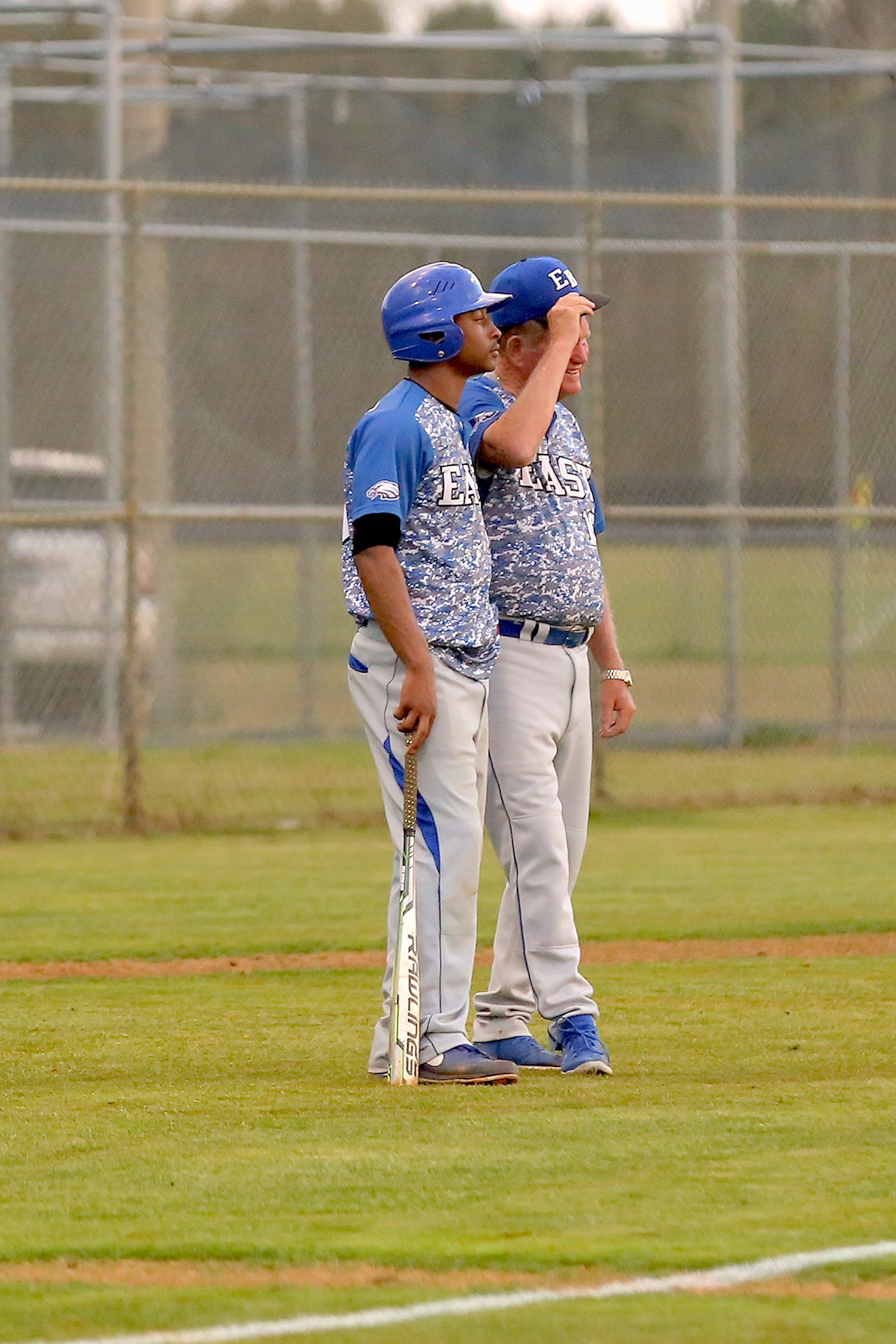 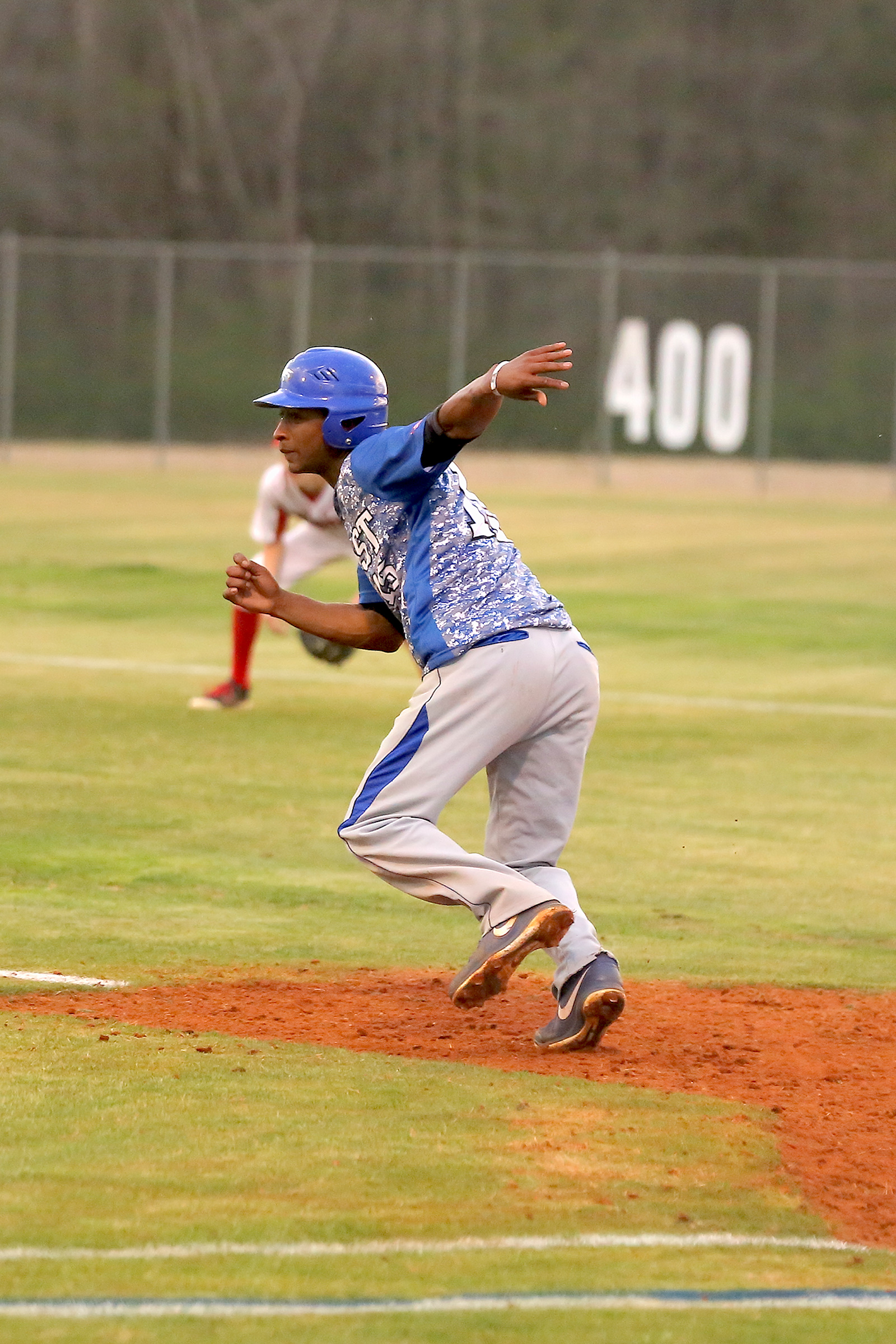 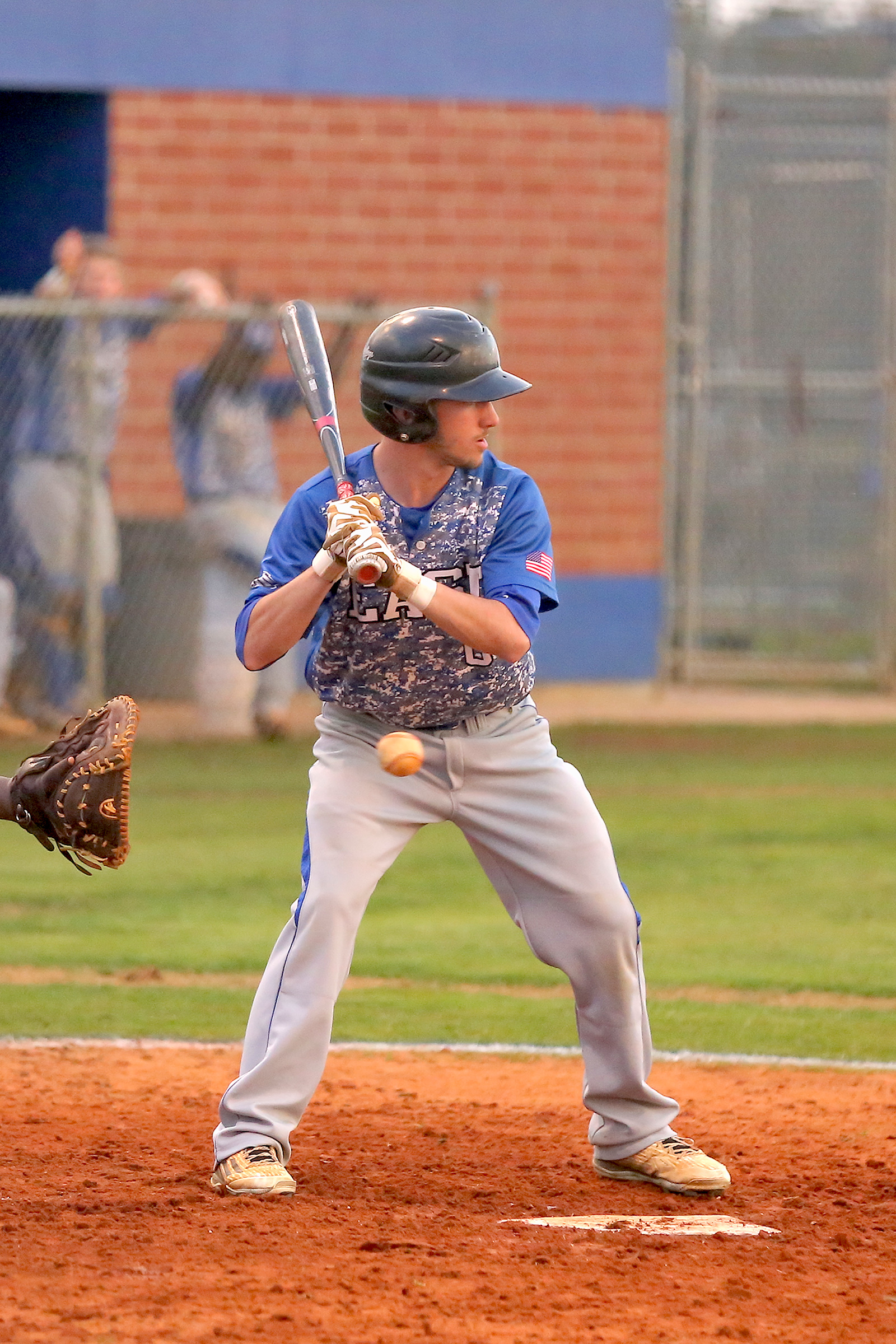 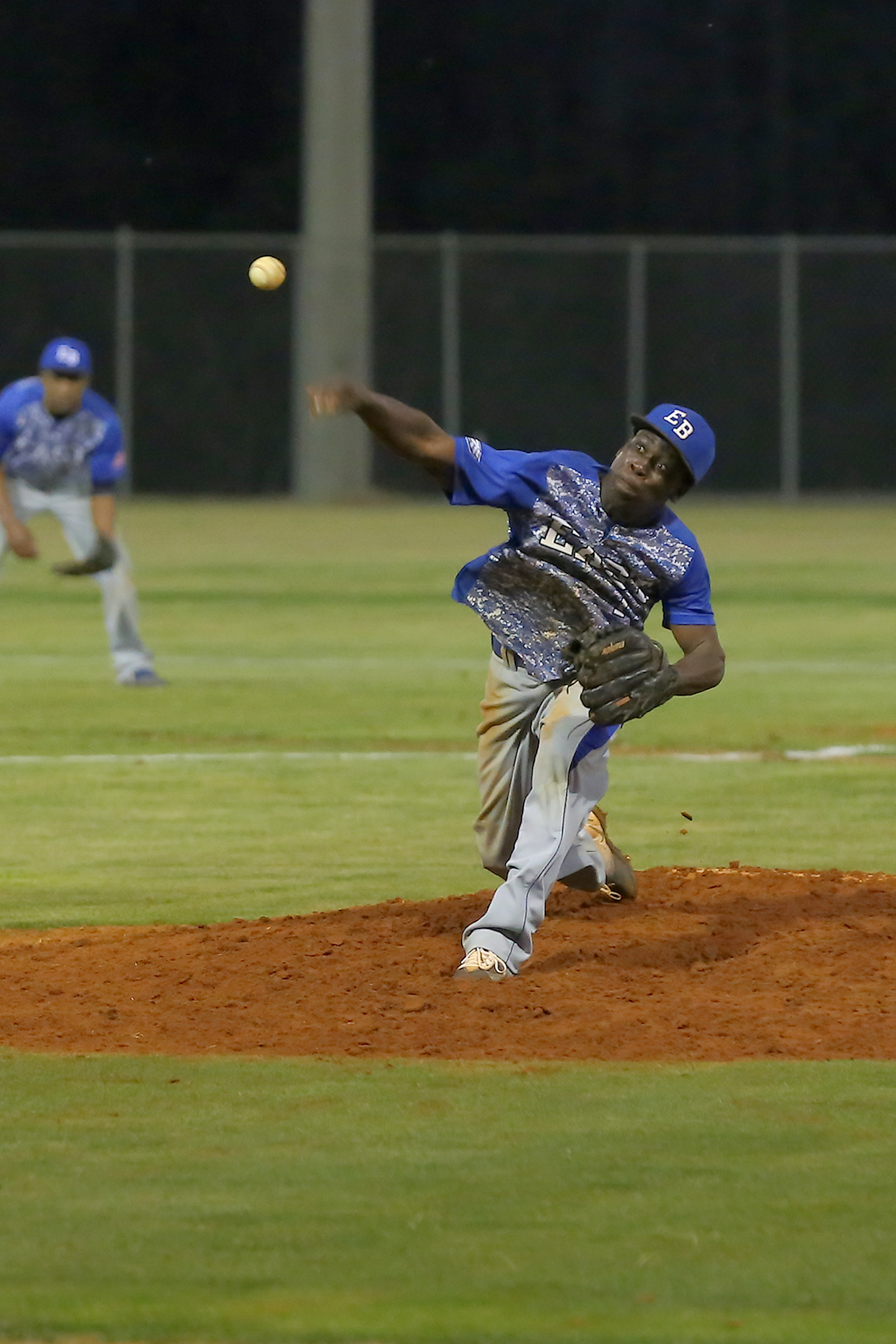 The victory moves Coach Russell Priest’s Eagles into a first-place tie in the Four County standings with West Bladen and Midway – all 3 teams have 5-1 league records. East Bladen has a 6-3 overall record.

Union scored a first-inning run when Dawson Thornton beat out an infield hit, stole second base and eventually scored on a wild pitch.

In the bottom of the first, senior Kyle Tatum and junior Xavier Wooten drew 2-out walks, and junior Ty Watkins stroked a single to centerfield that drove in Dan Tatum, the courtesy runner for Kyle Tatum, and tied the game 1-1.

A 6-run Eagle third-inning broke the game open. Sophmore Shy Pone drew a one-out walk, and Smith ripped a single to centerfield. Kyle Tatum hammered a double over the centerfielder’s head that scored Pone and Smith.

Sophmore Greyson Heustess swatted a single to centerfield that plated McGill and padded the Eagle lead to 7-1.

The Eagles ended the game with 4 runs in the sixth inning. Junior Deondre Newkirk led off with a single, stole second and advanced on Pone’s sacrifice. Smith beat out a bunt single that scored Newkirk.

Kyle Tatum knocked in Smith with a single to right-centerfield. Courtesy runner Dan Tatum stole second and third bases, and Wooten walked. Watkins beat out an infield hit that plated Dan Tatum, and McGill lifted a sacrifice fly to centerfield that brought home Wooten with the final run.

Watkins batted a perfect 4-4 with 3 runs batted in and a run scored. Smith finished 3-4 at the plate with an rbi and 2 runs scored. Kyle Tatum was 2-3 with a double and 3 rbi’s. McGill doubled, drove in 2 runs and scored one.

Heustess cracked the rbi single, and Pone and Newkirk added one hit and one run scored each. Wooten scored 2 runs.

East Bladen will travel to Midway Thursday night for a showdown with first-place implications.