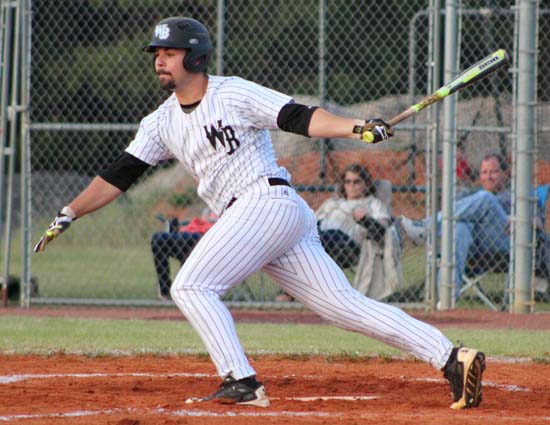 Jacob Teachey pitched a four-hitter and struck out eight in leading Wallace-Rose Hill past West Bladen 9-2 on Wednesday night in a Four County Conference baseball game.

Teachey needed only 96 pitches to toss the complete game and improve the Bulldogs’ record to 10-10 overall and 7-4 in the league. Wallace-Rose Hill is one of four Class 1-A teams in the split conference along with Union, Heide Trask and Pender.

West Bladen fell to 6-13 overall and 5-6 in league games. The Knights have the fourth-best conference record among the four Class 2-A teams, which includes East Bladen, Clinton and Midway. There are three games left in the season. The top three teams received state playoff bids, while the fourth-place team may qualify as a wild card.

West Bladen is scheduled to host Clinton on Friday for Senior Night, then close the regular season next week with games at Midway and at first-place East Bladen.

Chandler Lennon, Trent West, Weston Pidgeon and Williams each had one hit for West Bladen. Lennon and Troy Edge scored runs. Williams had the lone RBI.

Wallace-Rose Hill was aided by a pair of errors, two hits and two walks to score three unearned run in the third for a 3-0 lead. The Bulldogs made it 5-0 in the fourth when two singles, a hit batter and two wild pitches plated the runs.

The Knights scored their first run in the fifth. After an out, Edge was hit by a pitch, went to second on a passed ball, and scored on a pair of wild pitches.

Wallace-Rose Hill used an RBI-single from Cole Farriorr and a fielder’s choice-RBI from Teachey in the sixth that made it 7-1.

West Bladen scored in the sixth. Lennon led off with a double to left-center, advanced to third on West’s single and scored on Williams’ sacrifice fly.

Wallace-Rose Hill used two singles, an eror and two groundouts to score twice in the seventh.