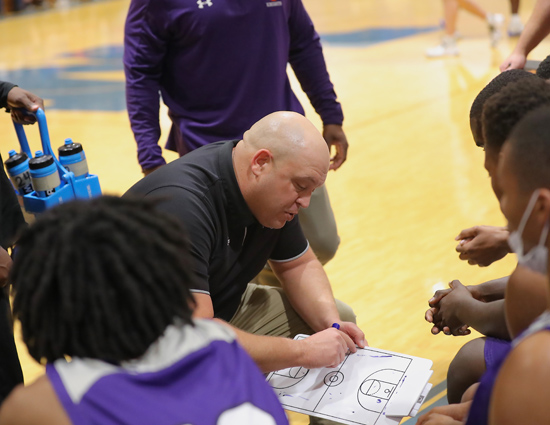 Junior Gary Parker powered in a lay-up to pull the Knights to within 32-27, but 3 consecutive West turnovers resulted in lay-ups by Whiteville’s Kyan Ganus, Shaheem Shipman and Christian Rorie that stretched the Wolfpack lead to 38-27 with 6:38 remaining. 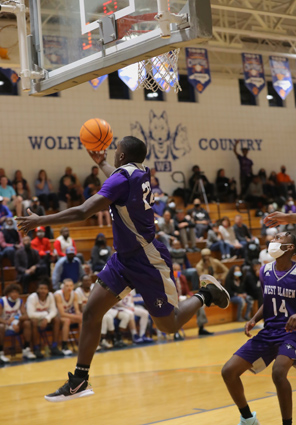 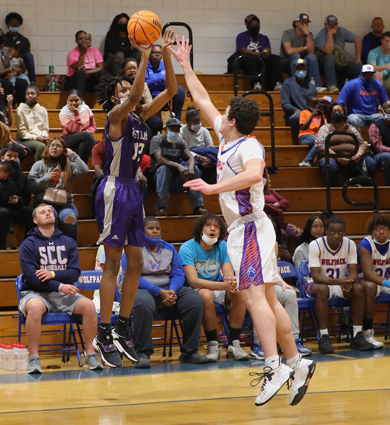 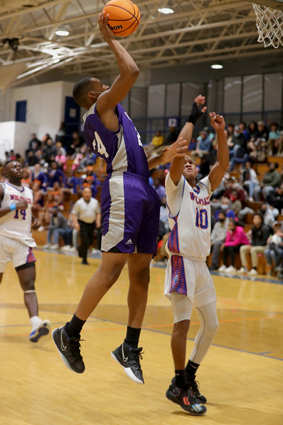 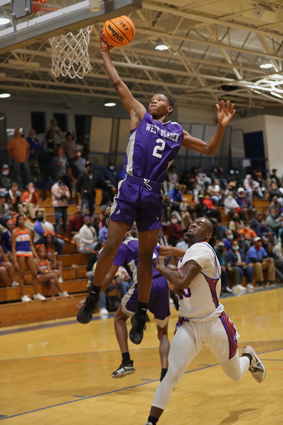 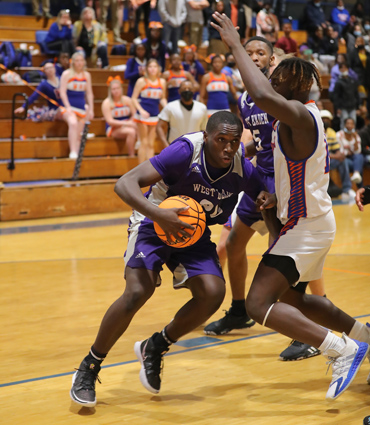 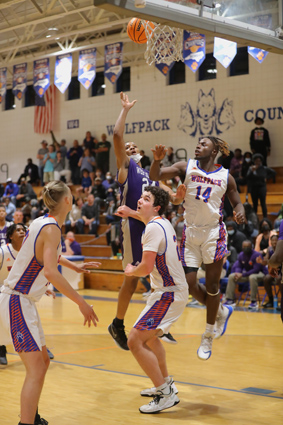 Parker ignited the Knight comeback with a pair of free throws then drove for a lay-up after freshman Hezekiah Adams had raced for a transition lay-up. Sophomore Malachi Allen nailed 2 foul shots to trim the margin to 38-35.

After Whiteville’s Zion Wilson popped in a 6-footer, Parker and Josiah Brown answered with free throws for West. Matthews banged in a follow shot, and Allen tied the game 40-40 with a free throw with a minute left.

After the Wolfpack missed a free throw, Matthews grabbed the rebound and flipped in a 1-hand runner to put West up 42-40 with 24 seconds remaining. Following a Whiteville turnover, Matthews was fouled and sealed the verdict by sinking a pair of free throws with 6 seconds on the clock.

The Knights committed 25 turnovers in the game. “We did it to ourselves,” said Coach Travis Pait about the turnovers. “I thought we calmed down in the last 5 minutes. We just kept battling. I am proud of them.”

Matthews finished with a double-double and led the Knights with 14 points and 10 rebounds. Parker contributed 9 points, 5 rebounds and 2 blocked shots. Adams and Allen scored 8 points each, and Allen grabbed 7 rebounds.

“Javonta and Gary made some big plays at the end, and Malachi hit some big free throws,” continued Pait. “We narrowed our focus, and we guarded better tonight.”

Matthews cashed in 4 free throws in the opening quarter, Parker hit one, and Allen buried a 3-ball then scooped up a loose ball and sprinted for a lay-up and a 10-7 West Bladen lead.

The Whiteville defense forced 6 Knight turnovers in the 2nd period, but senior Keshawn Ballard muscled in a follow, and Travail Baldwin converted an Allen pass into a lay-up. A Wilson lay-up off of a steal capped an 8-3 Wolfpack run and edged Whiteville ahead 17-16 at halftime.

The Knights improved to 4-1 and will host Lakewood Wednesday night.