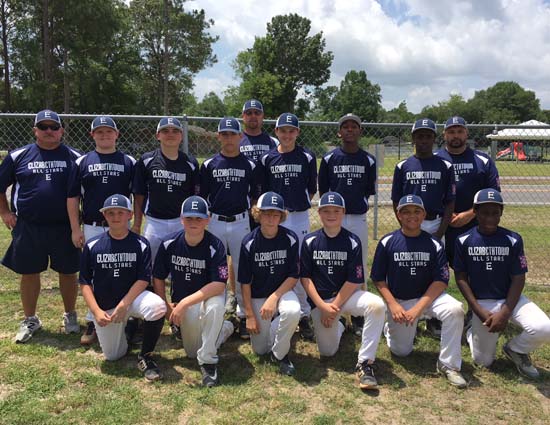 West Robeson took a 2-1 lead into the fourth inning, but Hunter Elks and Jake Futrell drew walks, before Gooden launched a home run over the left-centerfield fence that put Elizabethtown ahead 4-2.

West Robeson scored a run Tuesday night on 3 walks and a hit batter in the first inning before rain stopped play. The visitors added a run in the second inning on two hits and a walk.

West Robeson scored an unearned run in the fifth on a double and an error.

Elks worked the first 2.1 innings on the mound for the winners and struck out two batters, while allowing 2 runs on 2 hits. Gooden pitched the final 3.2 innings to pick up the win, striking out four and allowing an unearned run on 2 hits.

Gooden batted 2-2 with the 3-run homer. Nixon and Autry added one hit each. Elks, Futrell, Nixon and Gooden scored one run each. Autry drove in a run.