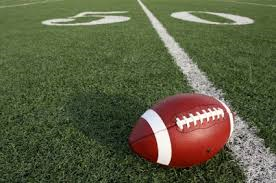 Quarterback Nydarion Blackwell opened the Clinton scored with a 15-yard keeper less than two minutes into the game.

McLaurin scored his first touchdown on a 5-yard run on Clinton’s next possession, then added his punt return and a 22-yard scoring run in the second quarter. Jeffrey Arnette had a pair of scoring runs in the first half. Ny’shawn Sampson capped the Clinton scoring with a pair of fourth quarter runs.

West Bladen’s offense was led by Tydrick Stewart, who gained 85 yards on 21 carries and caught 5 passes for 72 yards. Quarterback Hunter Hester was 5 of 15 for 47 yards and had two passes intercepted. Hezekiah Adams completed 1 of 3 pass attempts for 19 yards and had a pass interception.

Defensively, Tyler Ward had 5 tackes and Deonte Lacey had 4 tackles for the Knights. Hooper Penrall and Lacey each blocked an extra point attempt by Clinton.