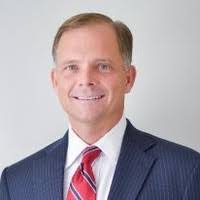 Former Elizabethtown resident Woody White was among the lawyers chosen for this honor. White
graduated from Southern College (BA) and University of Nebraska (J.D.)