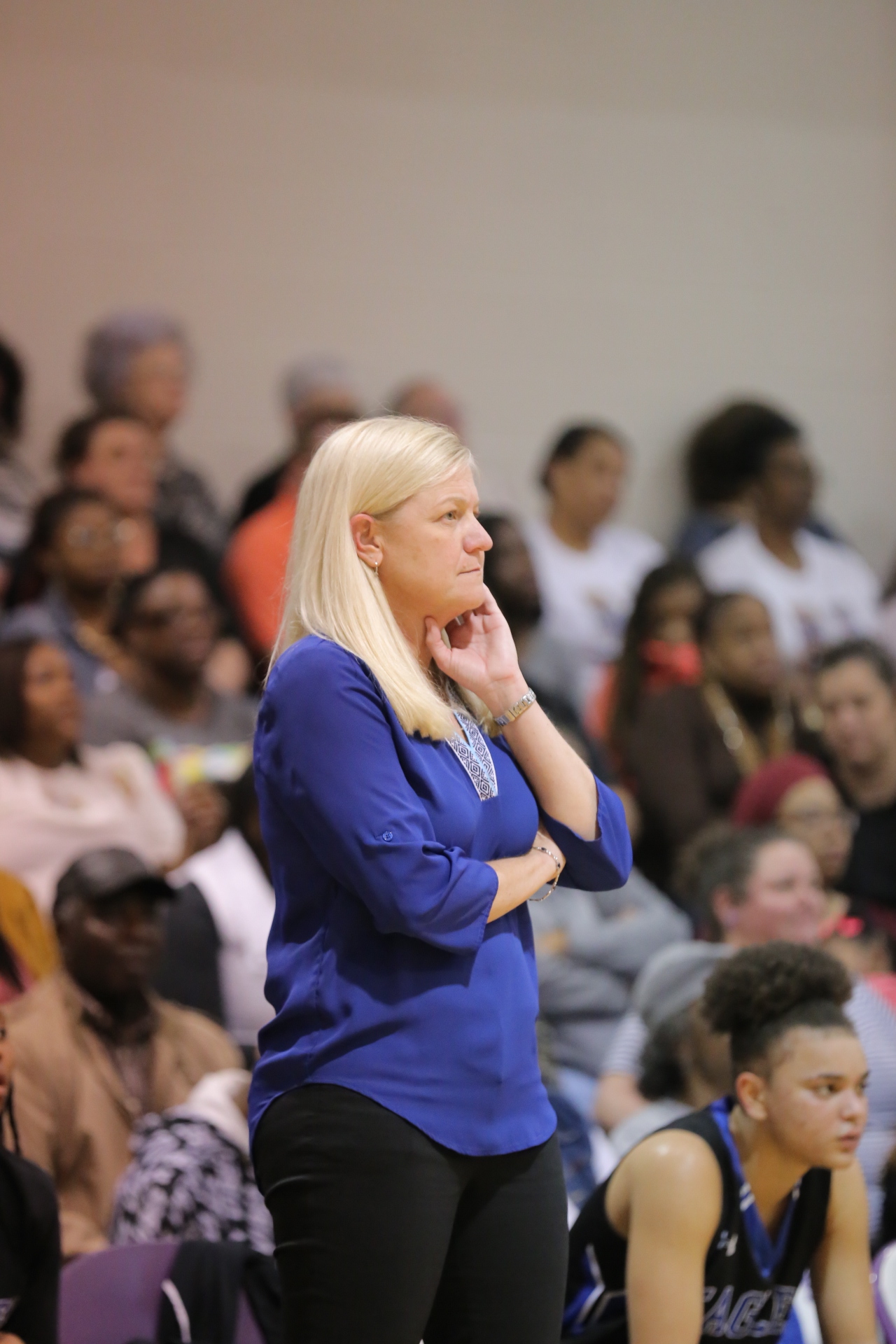 Ja’Tyra Moore-Peterson TRC Player of the Year; Patty Evers Coach of the Year

Senior Ja’Tyra Moore-Peterson was named the TRC Player of the Year, and Coach Patty Evers was selected as the league’s Coach of the Year. Senior Ashley Hardin and junior Patience Ward joined Moore-Peterson on the All-Conference team.

Named to the All-Conference team from West Bladen were juniors Kasee Singletary and Lexie Corrothers. 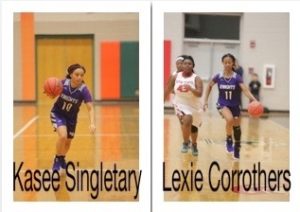 Evers’ Lady Eagles won the Three Rivers regular season title with a perfect 18-0 record then claimed the conference tournament championship. East Bladen finished with a 27-2 record. For Coach Evers who eclipsed the 500-win mark at Red Springs in February and now has 509 career wins, it was her 13th Coach of the Year award.

Moore-Peterson who scored almost 1,650 points in her East Bladen career and has signed to play next season at UNC-Pembroke averaged 15.6 points, 5 rebounds, 4.2 assists and 3 steals per game. A deadly long-range shooter, Moore-Peterson connected on 53 of 124 three-point attempts (43%). 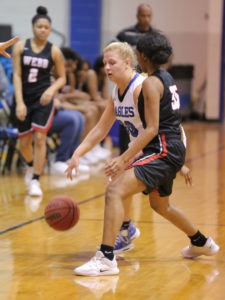 In their four years at East Bladen, Moore-Peterson and Hardin were members of teams that won 107 games and lost only 11. 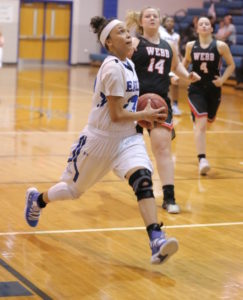 Ward has now scored 1,058 points in her three years with the Lady Eagles. This season the junior with the relentless motor averaged 12.3 points, 6.4 rebounds and 3.5 steals per game.

Singletary averaged 10 points per game and was the defensive sparkplug of the West Bladen team that won 10 of their first 12 games before a number of injuries plagued them down the stretch.

West Bladen finished 11-7 in the league, received a state play-off berth and posted a 15-11 overall mark. Corrothers led the Lady Knights in scoring (12 points per game) but missed the final five games of the season.