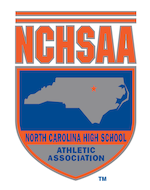 CHAPEL HILL – The North Carolina High School Athletic Association announced Tuesday that its dead period for high school sports would be extended to June 15 after a unanimous vote by the Board of Directors Monday night.

That dead period date is still subject to change and depends on continued progress within the state in the battle against COVID-19.

“The idea is not to start some sports on June 15, June 20, or whenever that would be,” said Tucker. “The idea would be that we would allow opportunities for all athletes to get out and being conditioning, footwork, drills, whatever you might call it, but obviously within the guidelines that have been presented and within the guidelines that we are currently working on.”

The National Federation of State High School Associations and North Carolina governor Roy Cooper both released separate guidelines recently for the resumption of high school sports. According to Tucker the NCHSAA will release its own guidelines that will combine suggestions from Gov. Cooper and the NFHS.

“It doesn’t matter what we put out there. We have to social distance, which means at least 6 feet,” stated Tucker. “It means we have to provide opportunities for hand-washing for athletes and coaches, either with water and soap or with hand sanitizer. Then in the situations that you can, have a mask on or a bandana. We are telling athletic directors to tell your coaches to get ready.”

Tucker stressed that she will continue to listen to the N. C. Department of Health and Human Services for guidance.

There have been ideas on social media of swapping the fall and spring seasons for the upcoming school year. Tucker said that would be a last resort and something that the NCHSAA would like to avoid at all costs.

Tucker hopes that if the fall seasons have to be shortened, the same fate wouldn’t happen during the winter season and that basketball could help make up some revenue that might be lost during football season.

Football was the main focus of Tuesday’s press conference. Tucker shared that the NCHSAA is not giving up hope of a football season. They hope that football games will have fans this fall, but there is a possibility that stadiums will need to be at 50% capacity. It will be up to individual schools to decide which fans get into games and how social distancing will be practiced.

If football season can’t start on Aug. 1, the NCHSAA is working on plans for a delayed and shortened season that could involve a later start and fewer playoff teams.