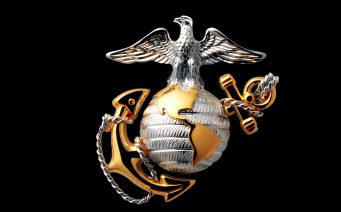 The Misadventures of Lance Corporal Montague

On an overcast morning in the spring of 1984, I received an unexpected call from the Naval Advisor to the Berlin Brigade Commandant: Could I come over to his office to discuss a somewhat unusual matter? The call piqued my curiosity, since even as the Senior Marine in Berlin, a position known tongue-in-cheek as “CINCMarForSpree” [Commander-in-Chief, Marine Forces, River Spree”], I rarely had contact with him. Fifteen minutes later I entered his office in the Berlin Brigade Headquarters Compound on Clayallee.

In the corner two Army counterintelligence NCOs sat at a table opposite a modest and rather scruffy young man in a black windbreaker. The incredulous looks on the sergeants’ faces, their occasional guffaws, and body language indicated stunned disbelief at the story they were hearing. Periodically they gasped at his tale. The young man was Marine Lance Corporal Montague, and I would never forget him.

The backdrop to this scene was mundane enough. In the wake of the Soviet military buildup in the 1970s, the Marine Corps had received a tasking related to the reinforcement of NATO’s northern and southern flanks, and Lance Corporal Montague was a member of a Marine Amphibious Unit (MAU) from Camp Lejeune that had deployed for an exercise in northern Norway. When the exercise concluded, he requested and received leave in Europe for the period while the MAU’s amphibious shipping steamed back to North Carolina. Lance Corporal Montague’s family had distant relatives in France, so he flew to “la grande République” to visit them. But his remote cousins’ pastoral life soon grew boring for this hard-charging 19-year old, whose French was rudimentary at best, and he decided to say “Adieu!” to the land of his forefathers and head to where, he figured, the real action was – Sweden!

Curvaceous Swedish blondes did, in fact, improve Lance Corporal Montague’s morale by leaps and bounds, but all good things must eventually end, and he soon recognized that the time had come for him to set out for North Carolina. His finances being, shall we say, tenuous, our hero planned to stand by for a space-available flight from Frankfurt’s Rhein-Main Air Base to the East Coast. So he trotted down to the Stockholm train station to book transportation to Frankfurt… not recognizing, however, that Germany had two Frankfurts, or that the Soviet garrison town of  Frankfort on the River Oder lay considerably closer than the West German financial metropolis on the River Main! And so it was that the Swedish railway ticket agent sold him a combined rail and ferry ticket to the nearer of the two.

Blissfully ignorant of the geography and oblivious to the international incident that he was on the verge of causing, Lance Corporal Montague boarded the train and headed for points south. While en route to the ferry port, he struck up the acquaintance of a Swedish businessman, who shepherded him through various wickets on the route. Together they boarded the Baltic ferry at Trelleborg, Sweden and six hours later reached the German Democratic Republic’s main port, Rostock.

The astonishment on the face of the East German border official to whom this unassuming young man in his Second Marine Division windbreaker (replete with star-studded arrowhead emblem flanked by the inscription “Follow me!”) presented his ticket, US military ID card, and NATO travel orders must have been a sight to behold! Yet, evidently concluding that no intelligence service anywhere would mount so brazen a provocation, the nonplussed ticket agent sold Lance Corporal Montague a GDR transit visa and sent him on his merry way. His East German rail routing called for travel from the Baltic Coast to East Berlin, then eastward to Frankfort/Oder rather than to Frankfurt/Main.

While en route to Berlin – crossing Military restricted area after Military restricted area, naturally – Lance Corporal Montague underwent multiple document checks. Ultimately a conductor recognized the situation for what it was, swallowed hard, and ordered him not to leave his compartment. Upon reaching East Germany’s Capital City, East Berlin, the conductor conferred with his superiors, then led Montague to the Friedrichstrasse (Checkpoint Charlie) streetcar station, where he confiscated the visa and told him to board the S-Bahn, get off at the first stop, and never, ever return! Confused but perturbed, Lance Corporal Montague ruminated over these instructions for a couple of minutes but quickly grew angry. “I paid good money for that visa, and they ain’t got no right to take it,” he later told the Counter Intel interrogators. So he ran back out onto the platform to reclaim his “stolen” transit document! East German rail personnel wrestled him to the ground, dragged him back into the subway car, shut the door, and stood guard over him until the S-Bahn departed for West Berlin. A few minutes later, a bewildered but still irate young lance corporal debarked at West Berlin’s main streetcar station and contemplated his new surroundings. There the Polizei, no doubt wondering how in Heaven’s name this character had managed to emerge from East Berlin, scarfed him up and carted him off to the Clayallee Compound.

When the Berlin Brigade’s shell-shocked CI personnel had completed their debriefing, the Naval Advisor remanded Lance Corporal Montague to my custody, but before we left the office I asked Montague whether he could identify the East German personnel who had handled him. “Naw, Sir,” he said, “I don’t know who they were, but tomorrow I can tell you.” Hmmm. With some trepidation I asked “And just why is that?” “Well, Sir,” he said, “at the train station, while nobody was looking, I took their pictures, and as soon as the film is developed…”

During our short walk back to Marine HQ building, I attempted to make clear to Lance Corporal Montague the magnitude of the potentially catastrophic actions that he had somehow just finessed with impunity. Admin cut flag orders for him and reserved a one-way ticket on the Duty Train – for that very night – and he spent the afternoon with my wife at home. I had instructed her to feed him until he could eat no more but not to let to him out of her sight for even an instant! That evening I delivered Lance Corporal Montague to the Rail Transit Officer at Lichterfelde-West military rail station, maintaining tight control over him every step of the way. Only when the train had disappeared from view, taking this stalwart young Marine toward Frankfurt/Main, did I breathe a sigh of relief.

The next morning I composed a letter to Montague’s CO, describing the lance corporal’s adventures, the incident that he had nearly precipitated, and the uncanny luck that, while wholly unearned, had accompanied him throughout his journey. Had the East Germans chosen to do so, they could easily have arranged for him to disappear, never to be seen again, and no one would have been the wiser. (Who could possibly have guessed his whereabouts? He was supposed to be in France!) But, of course, in that case, they also would have had to care for him, and perhaps that daunting prospect provided deterrence enough.

In any case, my letter concluded with the sentence: “What is clear from this episode is that God not only looks out for drunks and children, but for Lance Corporal Montague as well.”