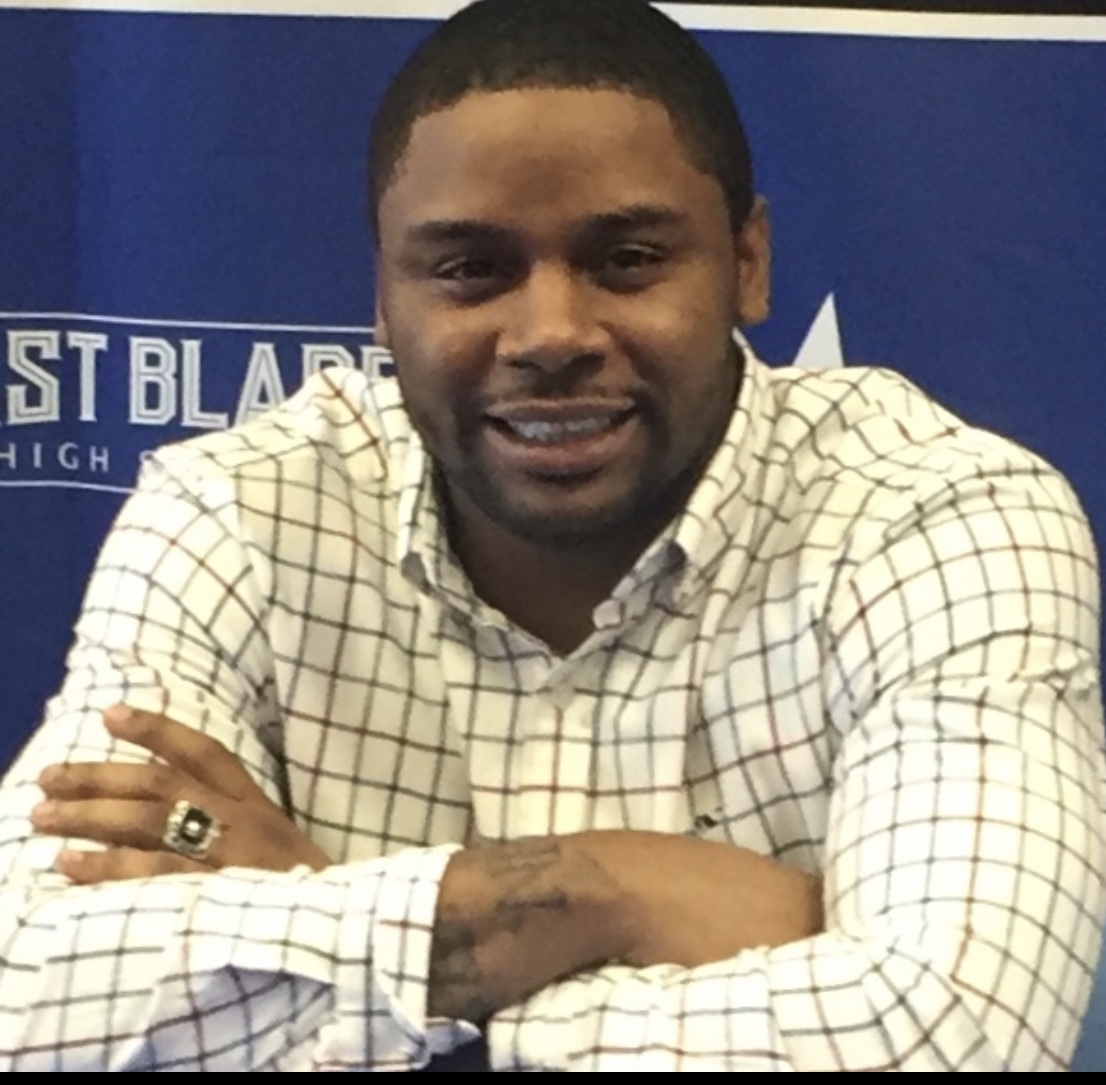 ELIZABETHTOWN – It was a Homecoming of sorts Thursday at East Bladen High School as Principal Dr. Jason Wray announced that Aking Elting, a star player on the Eagles’ 2001 Class 2A State Championship team, would be the new boys basketball coach.

“It is not every day that you can add someone with as rich of a background in basketball, mentorship and volunteerism as Aking Elting,” said Dr. Wray. “I am thrilled to welcome him back home to East Bladen High School and back to the Eagle family.”

Elting has served as the Eagles junior varsity boys coach for the last two seasons. “It had been a long road back,” said Elting. “This has been a dream of mine. I am happy to come back home, be a head coach and start a new era.”

To a large group of current Eagle players who were present for the press conference Elting said, “It is a new day at East Bladen. Forget last year that is in the past. We will have summer work-outs and will begin to build a family atmosphere and promote team chemistry.”

“We are very happy that Coach Aking is with us,” said East Bladen Athletic Director Patty Evers. “I have learned from watching his practices. He is a discipline coach on the court and in the classroom as well. I am looking forward to it.”

Coach Elting shared that he has no set style of play. “It depends on the players and the talent. I think we will be pretty fast.”

He then addressed his players again emphasizing, “School first! You are called student-athletes for a reason, not athlete-students. We will build a family and keep it under that umbrella.”

Also on hand for the press conference were Aking’s wife, Alisa Elting, and their children: Jeaonna, age 9; Mahdi, age 7; and Jordan, age 5.

Elting replaces Kenzil McCall who coached the Eagle basketball team for the past 3 seasons.