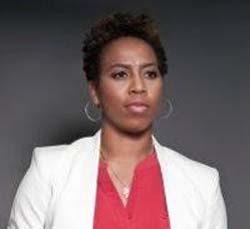 Former NC State star Chasity Melvin, who led coach Kay Yow’s women’s basketball team to the Final Four for the first time in school history in 1998, has been hired as an assistant coach for the WNBA’s Phoenix Mercury.

Her father is the Rev. Jimmy Melvin, who is the pastor of St. John’s AME Zion Church located between Elizabethtown and White Lake.

The 44-year-old Sampson county native joins the team just as the team prepares to travel to Bradenton, Fla., where the WNBA will play a 22-game schedule starting on July 24.

Melvin takes the place of former Mercury star Penny Taylor, who stepped away from her position to spend more time with her two-year-old son. Taylor is the wife of current Mercury star Diana Taurasi.

“Creating opportunities for former players to grow in our game is central to our mission, and an important part of that is ensuring that we are replacing a former WNBA player on our coaching staff with another former player,” Mercury general manager Jim Pittman said in a release announcing Melvin’s hiring.

“Chasity knows what it takes to compete at the highest levels, thanks to her time in the WNBA, and already has experience coaching both the women’s and men’s games. We are excited to welcome her to the Valley and the Mercury family.”

The 6-foot-3 center is the first player in Wolfpack history to record 2,000 points and 1,000 rebounds in her career. She was a two-time All-ACC first team selection, was named the conference’s Rookie of the Year and was inducted into State’s Hall of Fame in 2014.

Melvin was the 11th overall pick in the 1999 WNBA draft by the Cleveland Rockers following her college career. She played 12 professional seasons with Cleveland, Chicago and Washington, earning an All-Star selection in 2001.

She finished with more than 4,000 points and 2,000 rebounds. Her 890 career offensive rebounds are the seventh most in WNBA history.

Although this is Melvin’s first WNBA job, she has previous coaching experience with the Charlotte Hornets’ G-League affiliate in the Greensboro Swarm. A graduate of the NBA’s Player Development Assistant coaches Program in 2018, she was the first female coach hired by the Hornets.

She left the team after one season to take a job as an assistant coach for the women’s basketball team at Loyola of Maryland.