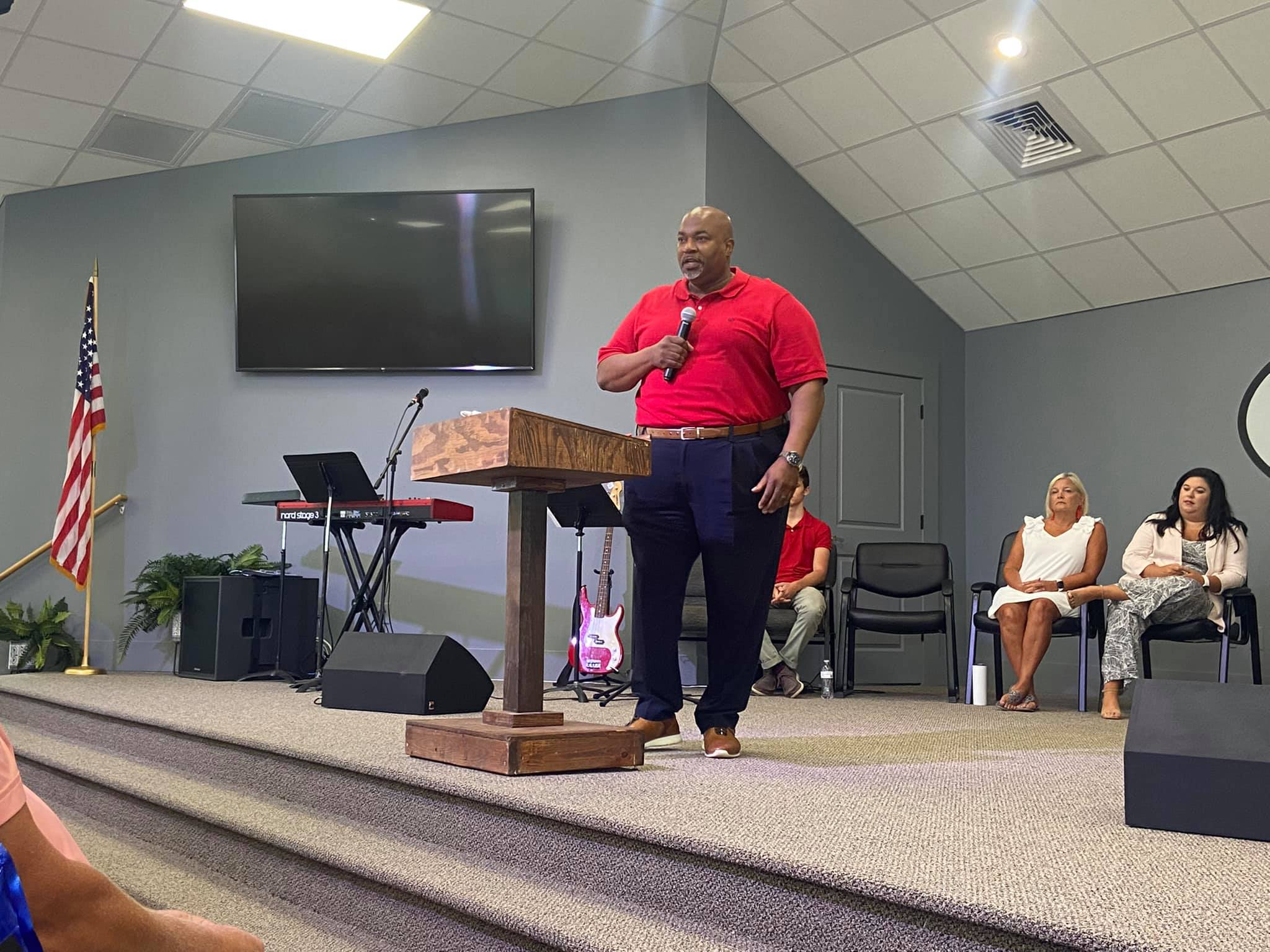 God and Country Day at Lake Church with Lt. Governor Mark Robinson – ‘Now Is Not The Time To Be Silent’

On Sunday, July 11th, in White Lake, North Carolina Lieutenant Governor Mark Robinson and his wife, Yolanda, were welcomed for a patriotic worship service known as “God and Country Day” at the Lake Church. Pastor Cameron McGill introduced the Lt. Governor, and he described this as “an honor and privilege.”

Lt. Governor Robinson began with, “I am a politician, so to speak, but I don’t care anything about politics.” An easy response to this statement would be – “How can an elected official at the state level not care about politics?” – However, Robinson explains his point by declaring that he will not remain silent for the sake of politics. According to Robinson, he answers to a higher power. He states, “Politicians won’t say anything because they’ve been bribed by being in a political office… and that silence will make sure you spend eternity with the devil.”

He is the 35th to hold his position, but he is the first African American. He addressed the Critical Race Theory, which is the idea that racism is a social construct. According to his message on Sunday, he does not believe that racism is in the DNA of Americans, and he urges others not to be victimized by the teachings that state otherwise. Regarding racism teachings in schools, he says, “Something that is supposed to be education is more like indoctrination.”

Lt. Governor Robinson briefly addressed the current issue of second amendment rights, which he says are bestowed upon us by God. In his words, “The issue of the second amendment is a spiritual issue because that right comes from our Creator.”

Abortion is a very controversial topic in our society today. Lt. Governor Robinson addressed it straight-forward and without “beating around the bush.” He told the congregation that “abortion is murder.”

He left the congregation with a challenge. The challenge is as follows:

The patriotic worship service was closed by Pastor Cameron McGill, who presented Lt. Governor Mark Robinson and his wife Yolanda with a gift basket of Bladen County goodies and asked for a promise that they would come back again.

Video of the service can be found on the Lake Church Facebook page.